At Kindt Clinics you can overcome

your fear of driving

We are a team of experienced psychologists and a general practitioner, specialized in the treatment of fear of driving, among other fears. The freedom of a life without unnecessary fear, that is what Kindt Clinics stands for.

Call or email us

Living freely without fear of driving

Fear of driving comes in different forms. In many cases, this phobia revolves around the fear of fear itself, or fear of a panic attack. One can be afraid that fear could lead to a loss of control, which is especially undesirable in a car. The idea that a moving car, often especially on highways or in tunnels, is a place with no easy way out, may well intensify the fear. Fortunately, fears like these are often treatable.

Symptoms of fear of driving

At Kindt Clinics, we treat fear of driving within one day

Kindt Clinics was founded by Prof. Dr. Merel Kindt from the University of Amsterdam. After twenty years of research, she developed the fast and effective Memrec method to treat fears and phobias. At Kindt Clinics, we welcome people from all over the world.

Effective in one go

83% of our customers get rid of the worst fear in the car after one treatment session.

After a successful Memrec treatment, the fear of driving does not return.

99% of our customers recommend us

Read more about the Memrec method

Kindt Clinics' needle phobia treatment falls under basic health insurance coverage in the Netherlands ('ongecontracteerde basis-ggz'). That is why it is always largely or fully compensated.
People from abroad pay a fixed hourly fee, and a fixed fee for the car and driving instructor.

More experiences from others 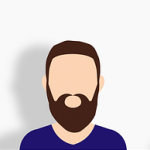 “Very happy with the surprising results of the treatment of my anxiety disorder.
After a long period of panic attacks while driving, the Kindt Clinics team really helped me!
I feel the freedom again to be able to come and go where I want.
I can recommend it to everyone!
If you are unsure whether you can also be helped, the personal intake interview is the solution!” 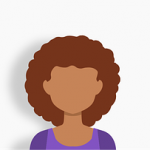 “What wonderful days I have had. Little by little, I am starting to realize how much of an impact the fear has had on my life. The fear was mainly expressed in the car, but I think that the fear of going 'out' was also woven into many small other things. Maartje and Merel are skilled people who have a to the point method that is confrontational, but if you have the guts to really go for it, it is groundbreaking.

What could be better? Slightly more attention to aftercare. It is so bizarre how your own ideas have to adapt to your 'new' ability and that your thoughts can get in your way. The only remedy is to keep surprising yourself, but that is quite intensive and exciting.

Feel free to call, email or Whatsapp us

I am not sure…

Frequently asked questions about the treatment of fear of driving

Below are the most frequently asked questions about fear of driving and its treatment. But feel free to call, email of Whatsapp us too. We are happy to help you.

What is the Memrec treatment for fear of driving like?

Memrec for fear of driving is unique because of its short duration (2 physical appointments) and high effectiveness (83% pass). The treatment starts with an online intake interview. Together we determine how we should approach your treatment; there are many different forms of fear of driving. If we think the method is suitable for you and you decide to go for it, we can then plan the treatment.

On the day of the treatment, we will go for a drive. The practitioner helps you to evoke the fear in the right way. After this, you will be given the pill (a beta blocker), and you will stay with us for 2 hours for the resting period.

A day (or a few days) later you come back and we test the effect. You should immediately notice that the violent physical reaction stays away when you drive again. It's still exciting, but you don't feel panic. We take the time to get you used to this experience and build trust.

After the treatment, we like to keep in touch, and you are always welcome for an extra practice session.

What results can I expect from doing this treatment?

In our view, a treatment is successful if the fear of driving no longer limits you in your daily life. Driving, or specifically a highway or a tunnel, does not need to be fun, but you should be able to handle it.

You should immediately notice the day after the treatment that the intense fear response has disappeared. You still experience tension.

What is the chance of success for fear of driving, and what are the success factors?

83% of the treatments for fear of driving are successful in one go. The effect is permanent, but practice is needed to develop the necessary self confidence.

The most important factors contributing to treatment success are, XNUMX) we must be able to properly reactivate the fear and, XNUMX) you must be motivated enough to overcome your fear.

Specifically for fear of driving, the treatment does not work well for people whose fear mainly occurs when they are alone in the car. After all, we cannot look up this situation during the treatment.

How does the fear of driving develop?

The fear of driving can develop gradually or suddenly. A one-time panic attack in the car, which originally does not even have to be directly related to driving, can be enough. Also other negative experiences, such as an accident, can trigger the fear. Sometimes there is no clear reason. In the brain, connections arise between driving (or sometimes more specifically: tunnels or highways) and a major sense of threat.

This fear creates the tendency to avoid driving (on certain roads). While you rationally know that this can amplify fear, it is difficult to resist this tendency.

Some people with a fear of driving experience the same fear in other places where they think they cannot easily escape, such as a crowded theater, a bus, or an elevator. For others it is really about the driving itself; for example, they overestimate the risk of an accident or doubt their ability to drive the car safely.

For the treatment at Kindt Clinics it doesn't matter where the fear originated. The main thing is that we can properly evoke the fear during the treatment. If someone is only fearful when they are on their own , this unfortunately does not work.

This website uses cookies to improve your experience while navigating through the website. Out of these, the cookies that are categorized as necessary are stored on your browser as they are essential for the working of basic functionalities of the website. We also use third-party cookies that help us analyze and understand how you use this website. These cookies will be stored in your browser only with your consent. You also have the option to opt-out of these cookies. But opting out of some of these cookies may affect your browsing experience.
Necessary Always on
Necessary cookies are absolutely essential for the website to function properly. This category only includes cookies that ensures basic functionalities and security features of the website. These cookies do not store any personal information.
Non-necessary
Any cookies that may be necessary for the website to function and is used to collect personal data via analytics, ads, other embedded contents are termed as non-necessary cookies. It is mandatory to procure user consent prior to running these cookies on your website.
SAVE & ACCEPT

Understandable. All the people who are now super happy that they have overcome their fear, also initially dreaded it. We find that it helps to realize that the actual confrontation is a one-off. And short: no longer than fifteen minutes. Nothing happens during the treatment that you do not decide yourself.

Give us a call and we'll talk about it.