Home » For whom » Anxiety » Fear of mice or rats

Fear of mice or rats

Many people fear mice or rats; it is vermin after all. However, if the fear of encountering a rat or mouse is excessive, then this is a mouse phobia or rat phobia.

The fear of mice and rats is one of the most treated fears at Kindt Clinics. The success rate is 90%.

On this page you can read more about the symptoms of mouse and rat phobia and their treatment. Also, people who have been treated for their mouse or rat phobia share their experience.

Everyone is naturally startled when a mouse or rat suddenly appears somewhere. Normally, the fear quickly subsides once the animal has disappeared. This is not the case in people with a phobia of rats and mice. With them, the body reacts at the sight of a rat or mouse as if there is a great danger. They also take measures to avoid mice and rats as much as possible.

Although someone rationally know that a mouse or rat is not life-threatening can be, it no longer matters the moment the fear strikes. The threat predominates. Often a flight reaction arises: away from the rat or mouse as quickly as possible.

A mouse or rat phobia often means that you are so afraid of mice and / or rats that you are there almost every day especially in the fall and winter when these animals show themselves more often. You may also avoid any place where you could see a mouse or rat.

Since mice and rats cannot be avoided with 100% certainty in everyday life, there is a phobia for these animals is often very debilitating.

If you have a fear of mice or rats, plan one intake interview without obligation to learn more about the treatment.

Mouse and rat phobia is currently one of the most commonly treated fears at Kindt Clinics. But in the early stages of it Research according to the Memrec method these animals also played an important role.

In 2003 Merel Kindt, then still a professor at the University of Maastricht, read the research of Karim Nader from New York University. The prevailing thought at the time was that memories in long-term memory cannot be changed. This meant that a phobia, in fact part of long-term memory, could never really go away. But Nader's research showed that this assumption was incorrect: long-term memory turned out to be modifiable.

At least in rats, because that is what Nader used to do his research. He taught the rats to be afraid of a certain sound. A day later, he released the frightening sound again and, after their fear response, gave the rats a drug that would prevent their brains from properly storing newly felt fear in their long-term memory. This worked. A day later, the rats were no longer afraid of the noise.

This research inspired Merel Kindt to find out whether a similar approach could also work for people. In 2007 she received her first research grant, which ultimately led to the current one Memrec method.

Other scientists responded enthusiastically to the research of Prof. Dr. Merel Kindt. Likewise Prof. Dr. Karim Nader, her source of inspiration. Nader said, "Kindt and her team are like reconsolidation wizards" 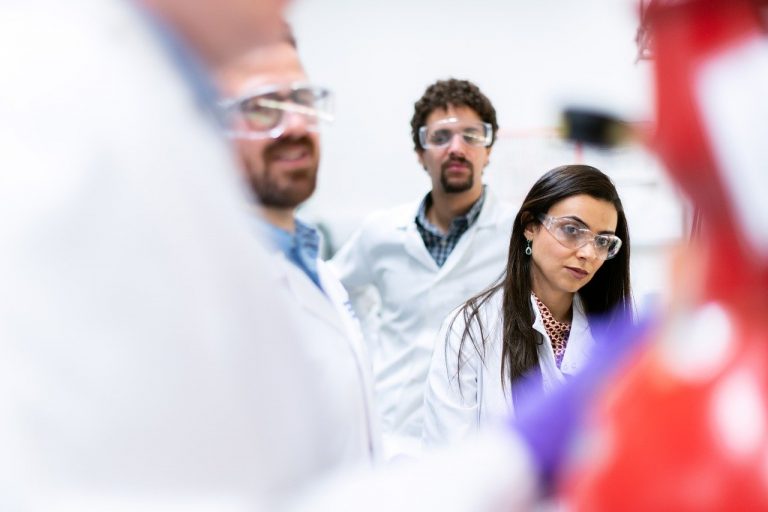 It is not always clear how you get a fear of mice or rats, but more importantly: how do you get rid of it?

More than 80% of the treatments succeed in one go, and another 10% the second time.

Treatment of fear of mice and rats

At Kindt Clinics we treat mouse phobia and rat phobia with the Memrec method. The discovery of the method generated a lot of attention in the scientific world at the time, and fortunately we have been achieving the same results for years in practice. More than 80% of the treatments succeed in one go, and another 10% the second time. And also important: the effect is lasting.

Although the treatment is short (we'll confront you once with a mouse or rat), it is not an easy treatment. The most important success factors are: we must be able to generate the fear properly, and then we must succeed in dealing with that fear, and therefore for once resisting the tendency to flee. Of course we help with that.

Does the fear of mice or rats hinder you? Then sign up for a no-obligation intake interview.

Treatment usually consists of one treatment session. In this we confront you with a mouse or rat. Exactly what that confrontation looks like differs per treatment and per person. After the confrontation, you take the pill (a beta blocker) and stay with us for another 2 hours.

You will return for the test one or a few days later. We start the confrontation again, and you immediately notice whether the treatment has had an effect. We take all the time to practice so that you can trust the fear will not come back.

Watch the treatment of another phobia

If you are afraid of mice or rats, you often prefer not to look at images of these animals. That is why this page contains an excerpt from Canadian documentary program The Nature of Things. Last year they were at Kindt Clinics to interview Merel Kindt and to film a few treatments.

Tineke's experience with the treatment at Kindt Clinics

“I have had a very positive experience at Kindt Clinics. By going to Kindt Clinics I got rid of my (51 years) long fear of rats. Kindness, involvement, expertise and results are words that best summarize my treatment. ”

I don't actually have any specific areas for improvement. But if I do have to mention something, there may be a little more attention to the impact that the treatment has during the first weeks afterwards. For example, I was a total loss the first week after my treatment and you often ask yourself: how would it go if the first confrontation "in real life" will be there… .. You are still unsure about that. But then again, that would be the finishing touch, it was perfect. I also experienced the process prior to the treatment as very positive. The email correspondence went well, the questions I had were answered quickly and properly and the intake interview was very good to have. I had the intake interview in the clinic in Amsterdam. I would recommend that over an intake interview via face-time. I think you can get closer to your emotions “face to face”. “
Read more experiences of others

Mice or rats or both?

Every mouse and rat phobia is different. Some people are already anxious about a picture of a mouse, and for others the fear only arises when they see live mice or rats. One detests the tail, the other especially the snout, and some don't even know exactly what they think about mice and rats.

In some people the fear is limited to only mice or only rats, and in others both animals evoke the same amount of fear. Some people have a concrete bad experience with a mouse or rat, and others have no idea how the fear came about.

This does not matter for the treatment at Kindt Clinics. During the intake interview we ask many questions about the fear. Do we use a mouse during the treatment but are you also afraid of rats, or vice versa? If it is good the effect of the treatment extends to both types of animals. We will of course test this with you.

Is Memrec suitable for my fear of mice or rats?