The treatment of PTSD at Kindt Clinics

Research has shown that the Memrec method is also suitable for the treatment of post-traumatic stress disorder (PTSD). On this page you can read more about PTSD and its treatment at Kindt Clinics.

PTSD can arise when someone has experienced an (often life-threatening) experience that he / she has not been able to cope with properly. Someone with PTSD often has re-experiences of the trauma. In certain situations, while sleeping, or at unexpected times. Physically, this can manifest itself in palpitations, tremors, sweating, breathing faster and a feeling of panic. Other symptoms of PTSD can include concentration problems, irritability, sleeping problems, decreased interest in others or activities, aggression, shame and depressed mood.

Take a look at the treatment of PTSD

In this episode of the science program The Perfect Man, a section is devoted to our treatment method for people with trauma, in this case a woman with PTSD.

A cure for fear (documentary)

Also for the American documentary A cure for fear, about our treatment method, a treatment for PTSD was filmed. Part 2 shows the treatment of Zane, a man with war trauma.

Check out the other parts

Memrec is suitable for certain types of PTSD

Memrec has been shown to be effective for the treatment of PTSD. This only applies if the PTSD was caused by a one-time (or short-term) trauma that you can still remember well.

If it concerns PTSD after a longer traumatic period or otherwise complex PTSD, Memrec is unfortunately not suitable, and you may benefit more from other forms of cognitive behavioral therapy. This also applies when there are no (vivid) memories of the trauma, or when it is not possible to feel the emotion associated with the trauma.

Memrec is effective for PTSD after a one-time (or short-term) trauma that you can still remember well
In the treatment we activate the brain connections that cause the intense emotion, after which we try to break it

Approach to treatment for PTSD

The treatment is similar to the treatment of a phobia. The difference is that with a phobia treatment we actually confront you with your fear, while with a PTSD treatment this is done imaginary (by talking to you in a certain way). Depending on the trauma, we sometimes do this in combination with technology (such as virtual reality).

In this way, in the treatment, we activate the brain connections that cause the irrational feelings of fear. If this is successful, the pill will help to prevent the strong emotion from being stored again this time, as it normally would.

The effect is abrupt and therefore sometimes hard to believe. In most cases, two treatment sessions are sufficient to resolve the complaints. Your memory of the traumatic experience is still there, but the intense emotion that accompanied it is no longer there.

More about the Memrec method

To determine whether the Memrec method is suitable, we would like to know a little more. Complete the self-test and immediately receive a preliminary indication whether the treatment is suitable for you. You can also indicate in the form whether you want us to contact you. 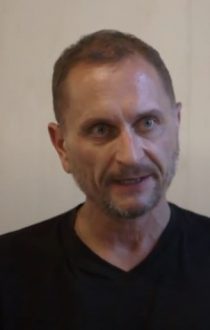 In connection with the documentary A Cure for Fear, the people were interviewed who treated Merel Kindt in the documentary. Canadian Zane underwent treatment for his war trauma. “I had tried everything from alcohol to a trip to Bali to learn Buddhism to find peace in the woods,” said Zane, a Canadian veteran who served in the German army and was sent to Afghanistan. But nothing could suppress his nightmarish memories of his time in Kabul, including a specific gunfight that he couldn't get off his retina. read more
A month after he left the military in 2004 and returned home to Toronto, Zane began to have re-experiences. He would sweat, become confused, and begin to separate himself from the world around him. He also developed chest pain and was eventually diagnosed with post-traumatic stress disorder. The chance of success of treating PTSD is low, for all kinds of different forms of therapy. Many people who start a treatment program eventually quit. "Military trauma is different from other trauma," says Dr. Kindt in A cure for fear. "Soldiers are told to control and suppress their emotions, but for this treatment to work, clients have to immerse themselves in the fear." For Zane's first appointment, Dr. Kindt virtual reality to induce his PTSD and bring him back to his experience of the nighttime firefight in Kabul. One day after administering the Propranolol, Dr. Kindt Zane to face the same showdown, the same way he had the day before. He described it calmly: “Yesterday I felt my army equipment, the smells, the sounds. While today it was… more of boom, and it was gone. It didn't choke me. ” Three months after his treatment, Zane's nightmares have not returned. Yet Zane does not feel that his PTSD has been cured. He says that his memories of the war still often surface, but his physical response to those memories has weakened; he no longer sweats, becomes restless or extremely alert. “Everyone tries to cure PTSD - but, no, heal the emotional response, ”Says Zane. That's what Dr. Kindt seems to have succeeded. ”

Learn more about Memrec in PTSD

Maybe you still have questions or you are unsure whether the Memrec method is suitable for your complaints. Please feel free to contact us to submit your situation to us. All our employees are psychologists, so you will immediately be contacted by someone who can help you further.

You can reach us via the form on the right, but also by email, Whatsapp of dial.